If not now, when?

Hello world. The 2016 Rio Olympics has been quite exciting with our very own S.A Wade Van Niekerk smashing the world record for 400m sprints, the Chinese flag being hoisted up with the incorrect symbols not only once but twice.

But lets not stop there, recently Ryan Lochte lied about being robbed at gunpoint by a policeman after a night out during the Rio Olympics. Because of his actions major sponsors pulled out and will not be renewed.

Who is this guy ?

Ryan lochte is a 32 year old male and not just any male he’s a 12 time olympic medalist and come’s close second behind Michael Phelps in swimming. Ryan Lochte is a swimmer for United States and swam across the Hudson River to deliver a pretzel pizza for an promotional endorsement. 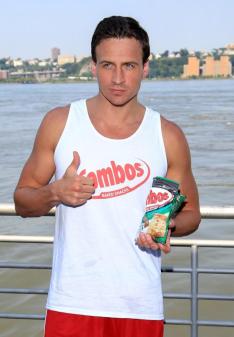 The top 4 major brands such as Ralph Lauren, Airweave, Syneron-Candela and Speedo all had their own way  dealing with the bad publicity, such as Speedo, donating about $50 000 of Lochte’s sppnsorship fee to charity and ending a 10 year contract this year by not renewing it.  Ralph Lauren commented that they only sponsored him for the olympics and will not renew it afterwards, they also responded by removing pictures of Ryan from their website.

I know being in the spotlight can be difficult but seriously lying about something so hectic is no excuse Ryan. Although your reputation is tarnished you will always have your good looks to fall back on, maybe modeling?

So my fellow earthlings if there’s one thing you can take from this is that building reputation takes years and one incident can rip that away within minutes. Until our next discovery be cool, stay cool.